GENERAL SECRETARY MEET AND APPEALED ALL THE NJCM TOP LEADERS FOR THEIR SUPPORT FOR INCLUSION OF GDS IN 7th CENTRAL PAY COMMISSION.

The Govt. of India have always kept Gramin Dak Sevaks (GDS) of the Postal Department numbering more than 3 lakhs outside the purview of the Pay Commission. It is a deliberate attempt to deprive them of their rights. This has been the policy all along. The Govt. have been confusing the issue of legal status of GDS as Govt. servants and taking negative stand. After sustained agitation by GDS, a Committee headed by justice Talwar was constituted by the Govt. The Committee came to the conclusion that GDS are Central Govt. employees and Recommended accordingly. This was also earlier the view of the First and Fourth Pay Commissions. In fact first CPC considered their claims & made recommendations accordingly. Disregarding bureaucratic attempts at confusing the legal status of GDS, both these commissions refused to toe the official line and took an independent view that GDS are Central Govt. employees. The following points need specific attention.

The GDS have always been counted & treated as part & parcel of total Postal workforce. In fact they are more than 55% of the total postal workforce and are running more than 80% post offices in the country, whereas regular Postal employees are only 45%. Justice Talwar committee was firmly of the view Commission. The most important recommendation which Justice Talwar Committee made was that in future these employees should be included within the purview of the Pay Commissions, keeping in view their number, their work profile, effectiveness to the postal system and the services rendered to the public.

Attention is also invited to the landmark judgement of the Hon’ble Supreme Court in Gokulananda Dass case decided on 22.4.77 wherein it has categorically been held that GDS are holders of civil post under the union which means they are Central Govt. employees. Recently Central Administrative Tribunal Bench in Tamilnadu and Chandigarh have also held that GDS are Central Govt. employees.

The Gramin Dak Sevaks of the Postal Deptt. have made representation to the Govt. that their claims regarding revision of their pay scales and service conditions may be included in the Terms of Reference of Seventh Pay Commission and Commission may be asked to make recommendations as in the case of other Central Govt. employees. We are soliciting your kind support to our Demand with the request that you may kindly raise our demand when Govt. invites you for discussion to finalise Terms of Reference. 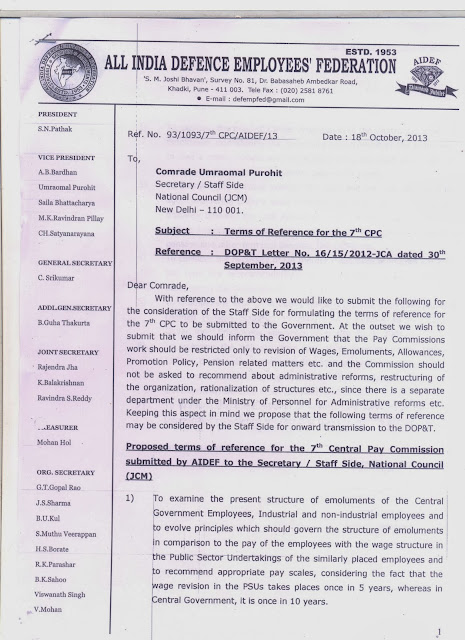 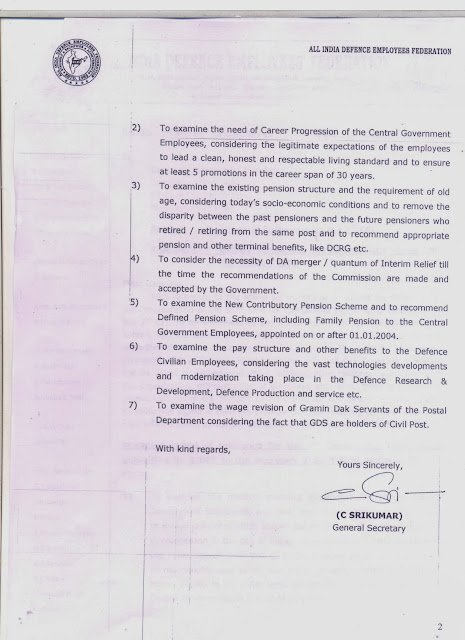 Posted by RURAL POSTAL EMPLOYEES at 7:48 AM