The C.W.C. members who have attended the meeting debated and deliberated the issues at length.  After fruitful discussion, the C.W.C. adopted valuable resolutions on the issues confronting the GDS employees.

That the seriously considered the pros and cons   of the GDS committee recommendations and orders issued at present. This CWC has again come to the conclusion that it is not to the satisfaction of the GDS employees. The orders issued by the Government/Dept. of Posts, vide letter No. 6-1/2009-PEII dated 9.10.2009, require improvements/modifications forthwith.

That the suggestion of Shri.Nataraja Murti report proposing amendment to GDS rules and to deny applicability of ID Act 1947 for much exploited GDS is fatal and hence opposed vehimently. Our issues should have been examined by the 6th CPC as per Talwar Committee recommendations. Rename of GDS (Conduct and Employment) Rules 2001 as (Conduct and Engagement) is also to worsen the present status of GDS employees and hence we oppose this suggestion. Further there is no need to outsource or franchise the services of rural net work and the suggestion there of need to be scrapped.  One point for each 5000/-of cash handling would be ideal and reasonable the committee observed.

The CWC of AIPEDEU further discussed the very serious pending problems and following resolutions are adopted.

(b).   Denial of Full Trade Union Facilities like re-constitution of Departmental ED/GDS committee, Regional JCM to GDS and grant of special leave, beyond 180 days, for     the Chief Executive of the All India Union of the AIPEDEU, which is the only recognised union for GDS as per new recognition Rules.

The CWC of AIPEDEU at Jamnagar decides to organize Divisional/State level conventions at state capitals and national level convention finally.
The CHQ requests all Divisional Circle Secretaries to finalize and successfully implement above programme purposefully.

2.       15th December 2009 Divisional level Massive Dharna before Divisional Office for Solidarity support to Extend to RMS Strike if need further programme will be announced by the CHQ.

4.       This metting of Central Working Committee calls upon all Circle/Divisional/Branch Secretaries of AIPEDEU to stage intensive demonstration/Hunger fast on 20-1-2010 at all levels and to pass a suitable resolution. The Circle/Divisional/Branch Secretaries to send Telegrams / Savingrams to the Hon'ble Minister for Communications & IT, Minister of State for Communications & IT expressing their strong resentment of the issue.

5.       The National level convention/conference in the Month of February/March 2010.This Central Working Committee further authorizes the General Secretary, AIPEDEU to finalize further programme of action like March to Parliament or direct action   in case the demand is not met within reasonable time.

v  The CWC also authorizes the CHQ for having legal test if the situation demands for the status of the GDS employees.

v  The CWC unanimously decides that Rs 200/= should be remitted from each and every member to the CHQ for building the CHQ office and to meet the legal expenses .All Branch/Divisional Secretaries should ensure to clear dues as well as donations as already appealed by the CHQ without fail.

v All Circle/Divisional/Office bearers are required to ensure proper fixation of TRCA and payment of 40% arrears. Many Circles/Divisions Paid arrears before31.10.2009 still many more are to gear up and avoid further delay. Also list out problems, anomalies and Send to CHQ

The C.W.C. members who have attended the meeting debated and deliberated the issues at length.  After fruitful discussion, the C.W.C. adopted valuable resolutions on the issues confronting the GDS employees. 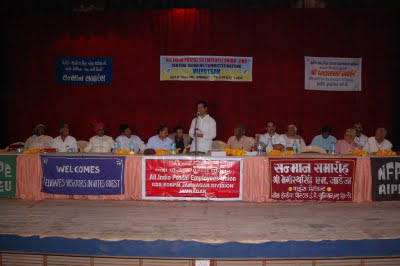 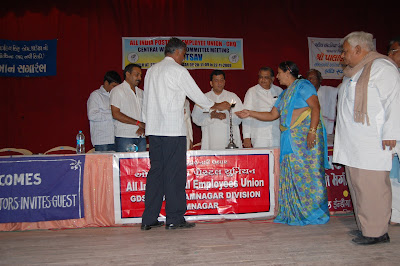 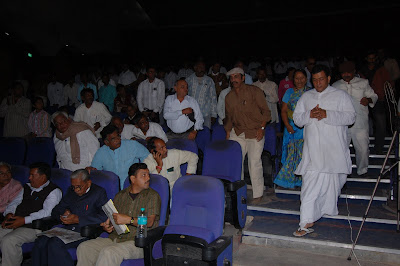 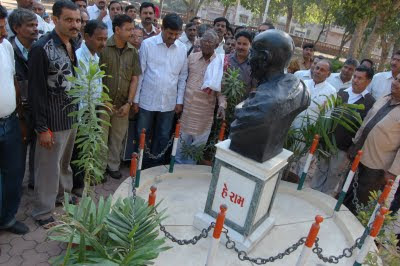 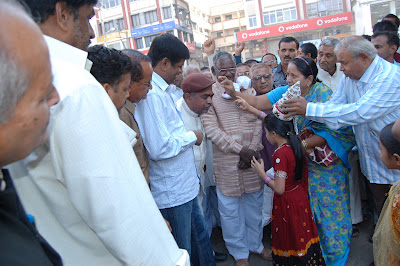 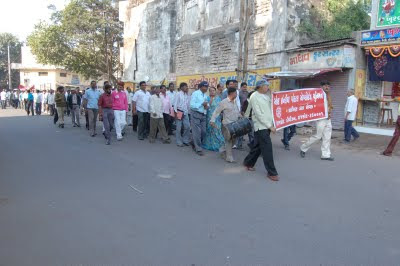 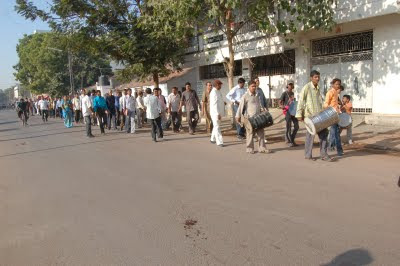 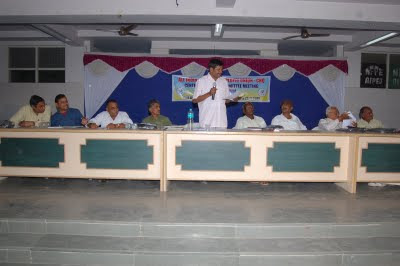 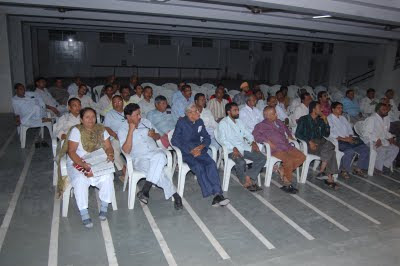 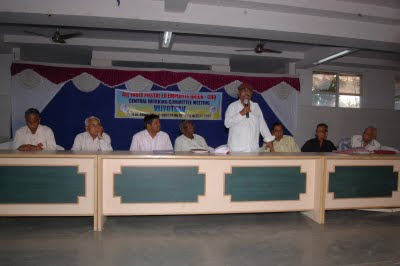 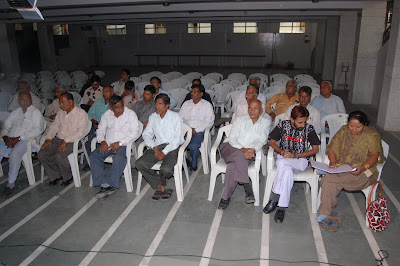 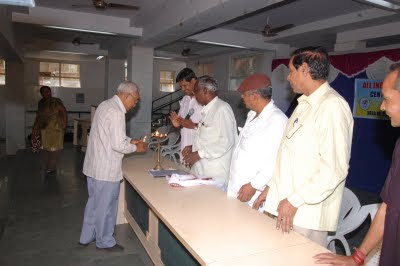 Posted by RURAL POSTAL EMPLOYEES at 11:42 AM

Letter to Govt. Implementation of GDS committee -modifications sought for pay, allowances and other service conditions.

This union while reiterating all those points likes to add more to justify our legitimate demands.

All retirement benefits i.e., severance amount exgratia gratuity may be granted from 01-01-2006 instead of 09-10-2009. All central Government Retd., Employees have been granted pension, gratuity, Commutation from 01-01-2006 as per new scales recommended by VI CPC. According to the 6th C.P.C. Central Govt. Employees become eligible to get full Retirement benefits if they complete 20 years of service. The same yard stick is to be applied for GDS also. Similarly last pay drawn with the component of DA may be taken in to account for calculating gratuity. In nutshell the retirement benefits should be extended on per with regular employees with reference to 6th C.P.C. The benefits may be made applicable from 1.1.2006 in the interest of poor and much exploited GDS employees.

(b)             Two TRCA (that means of less than 4 hours work load and more than 4 hrs workload) only should be allowed as in the past.  Minimum TRCA slab for 3hrs(new) for all categories should removed as the computation of statistical information is not based on scientific/practical and rational understanding.

predict as to when and how many days the surplus cash will have to be conveyed in a month. Hence the ceiling should be removed. On the other hand it may be fixed at the rate of Rs. 50/- for each occasion. (ie) Five times of the old rate formula without any ceiling.

maintenance allowance, that means, all the GDS, MD/MC/Packer duties will be treated as cyclable beats and the TRCA would be drastically reduced. Special considerations are necessary to resolve this issue as the work of these categories of GDS need to be assessed on the practicality the section is to be treated a multi skilled GDS like departmental staff.  For this section foot beat formula need to be made applicable as in the past.

is having 5 hrs work load. By the addition of Delivery or mail conveyance work etc, the total work load would become more than 5hrs say about 7 hrs which would justify for regularization of the post. So we must demand for the up gradation of the post as Group 'D' or postman as the case may be.

the hourly rate of TRCA fixed for the GDS a minimum of Rs.30/- should be paid per hour of detention. Considering the above facts our demands should be as follows.

iii.        The period of GDS service should be counted for pension and gratuity to the   promotees.

iv.         The date of superannuation of GDS should be the last working day of the

v.          Gratuity should be as for Gratuity Act for GDS also. The present grant of sixty thousand for both Severance amount should be the minimum, that is whichever is more.

This Union therefore urges upon you to intervene into the matter and cause suitable steps for early redressal of these grievances.

A line in reply intimating the nature of action taken will be highly appreciated.

Posted by RURAL POSTAL EMPLOYEES at 10:39 AM

All Circle/Divisional/Office bearers are required to ensure proper fixation of TRCA and payment of 40% arrears.

Many Circles/Divisions Paid arrears before31.10.2009 still many more are to gear up and avoid further delay.

Also list out problems, anomalies and bring to CWC for further discussion and resolve.