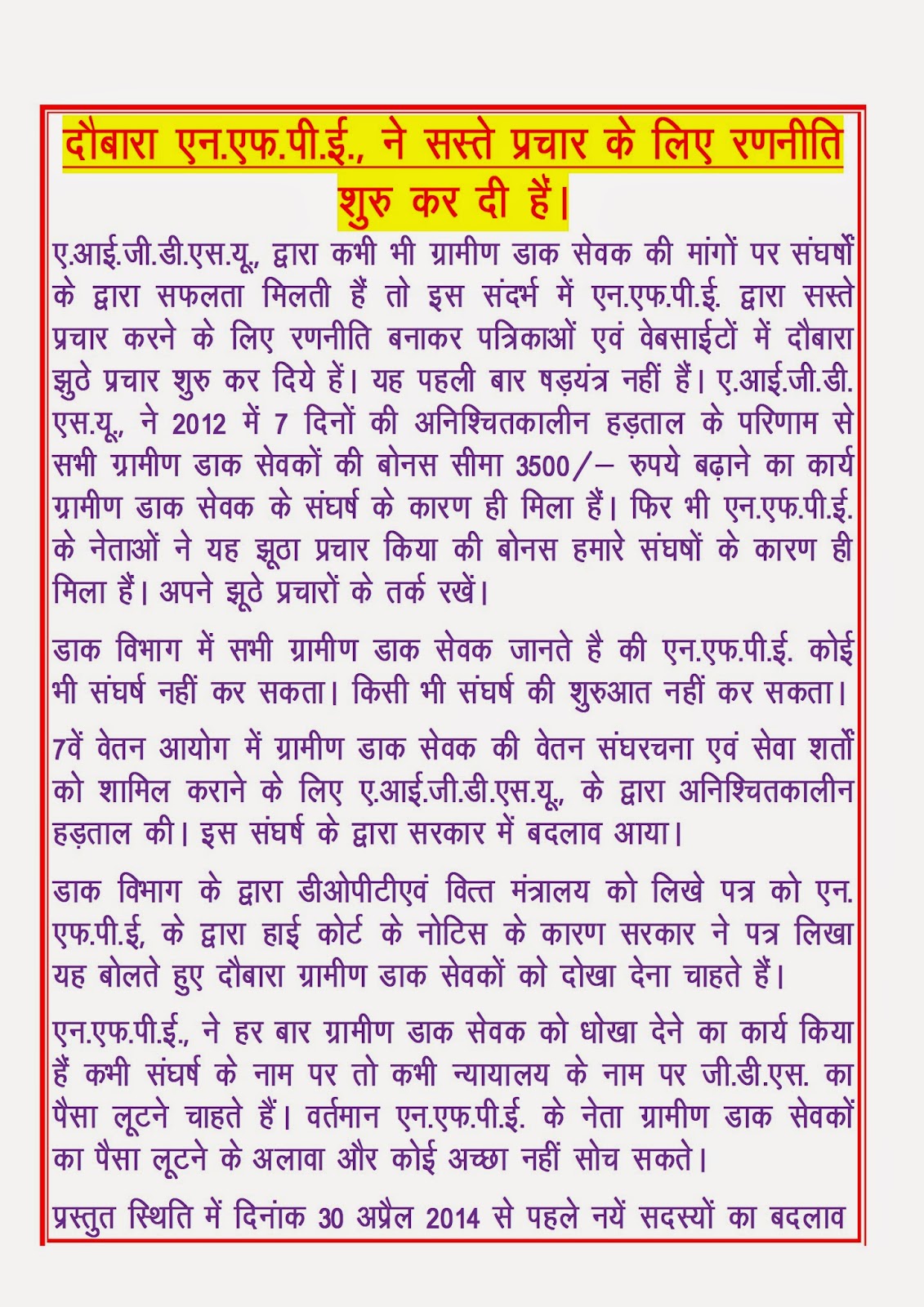 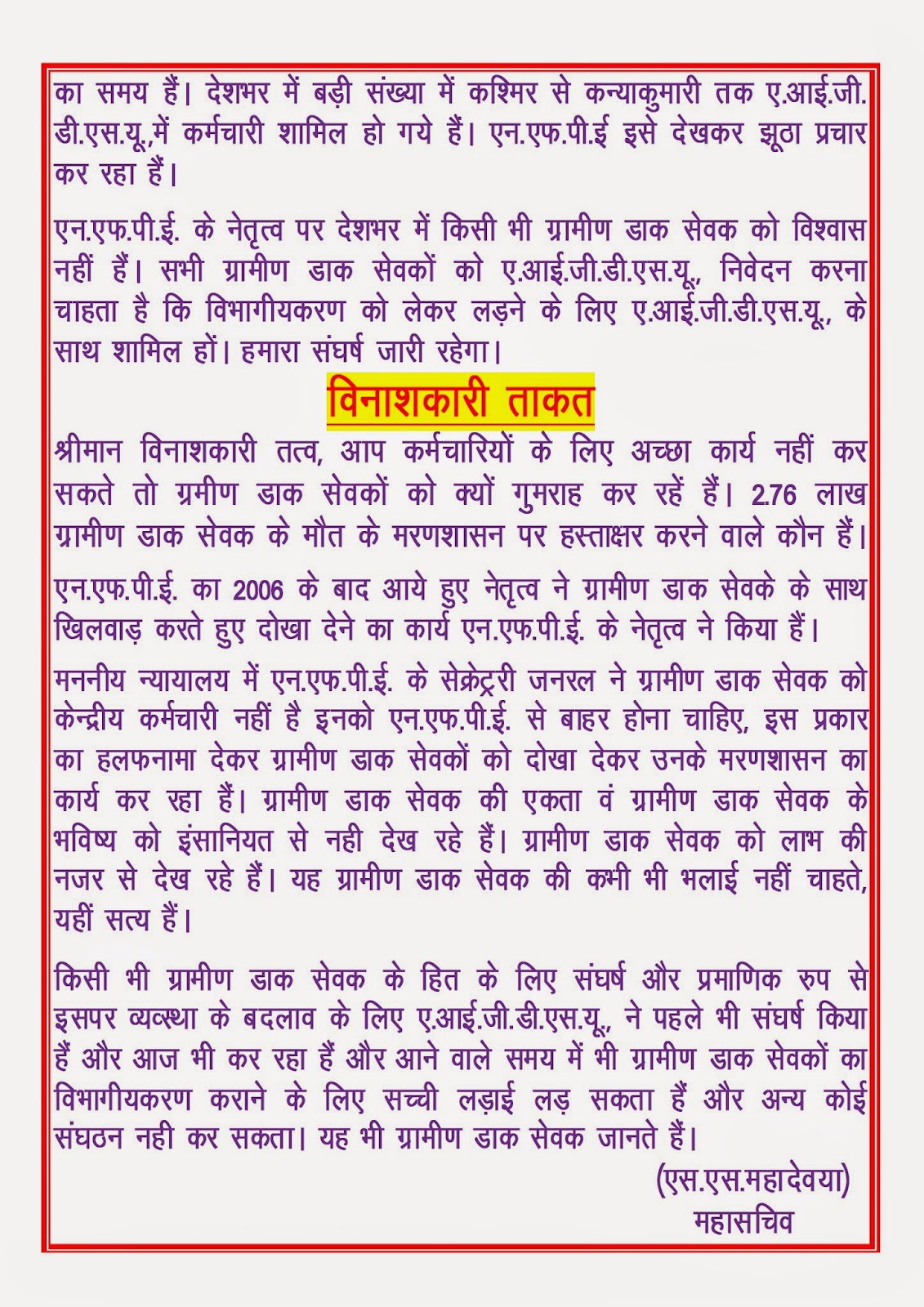 Whenever AIGDSU achieved the victories on GDS justify demands by uncompromised struggles. NFPE passed false propaganda to own the victory with cheap tricks and tactics. It is not first not the leaders doing this. Everybody knows that bonus ceiling to GDS was enhanced Rs.3500/- by the result of 2012 Seven days Indefinite Strike by AIGDSU. Then also the leaders of NFPE laid false propaganda that department granted the bonus due to their struggle.

Every GDS in the department knows that NFPE did not go to any struggle.

It is time to join the new members in the union. In large number GDS employees joined in AIGDSU all over the country. To stop this NFPE is making this type of false propaganda.

CHQ appeal all the GDS not to believe the words of NFPE leaders. Rally around the AIGDSU to fight for regularization.

MR. DESTRUCTOR, IF YOU CAN’T DO ANY GOOD TO EMPLOYEES, PLEASE DO NOT MISLEAD GDS EMPLOYEES.


MR. DESTRUCTOR, IF YOU CAN’T DO ANY GOOD TO EMPLOYEES, PLEASE DO NOT MISLEAD GDS EMPLOYEES.

Who Signed the death warrant of 2.76 lakhs GDS ?
Mahadevaiah or NFPE?

NFPE agreed and wrote letter to the Dept. of Post that GDS are not Government Employees in 2006. Hence GDS Union is sent away from NFPE as member.

Government and Dept. of posts managed NFPE in 2006 and NFPE gave death sentence to GDS Eight years ago. Mahadevaiah saved the GDS from that death sentence. While NFPE surrender to the Dept. Mahadevaiah is fighting for regularization. NFPE Secretary General gave affidavit to the Hon,ble Jodhpur Bench Rajasthan High court that GDS are not Government employees and they are not continuing as members of NFPE.

Now they are coming to cheat the GDS with Global Propaganda.
Supreme court accepted all the cases filed by GDS praying for GDS regularization. Next Hearing December 2014.

They spreads false news about the Supreme court case among GDS.

Dont believe Rumors and falsehood of destructors. They are continuously spreading rumors against AIGDSU.

AIGDSU Vehimently argued that GDS employees are holders of civil Post and they are the central Government Employees.
Posted by RURAL POSTAL EMPLOYEES at 10:05 PM 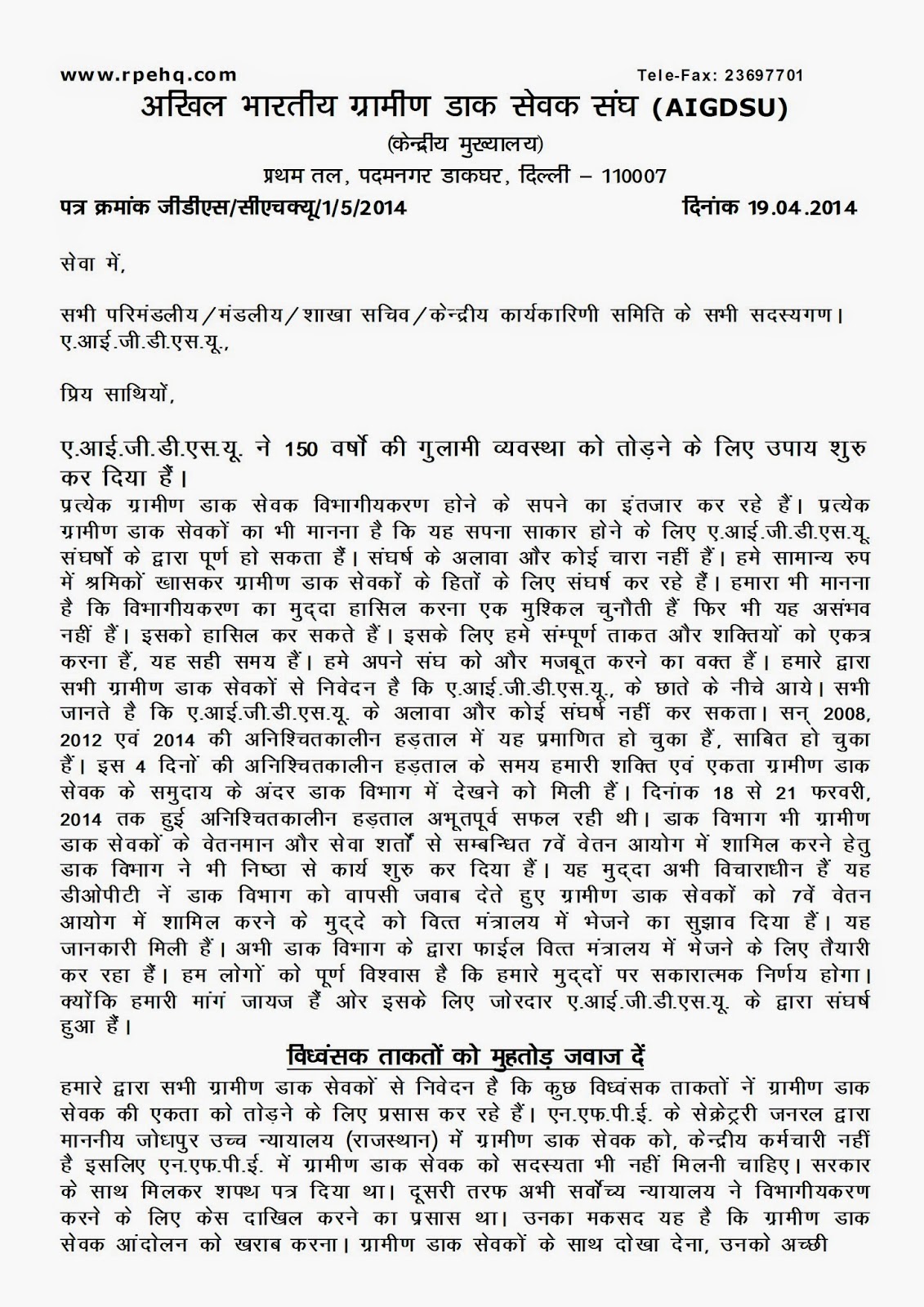 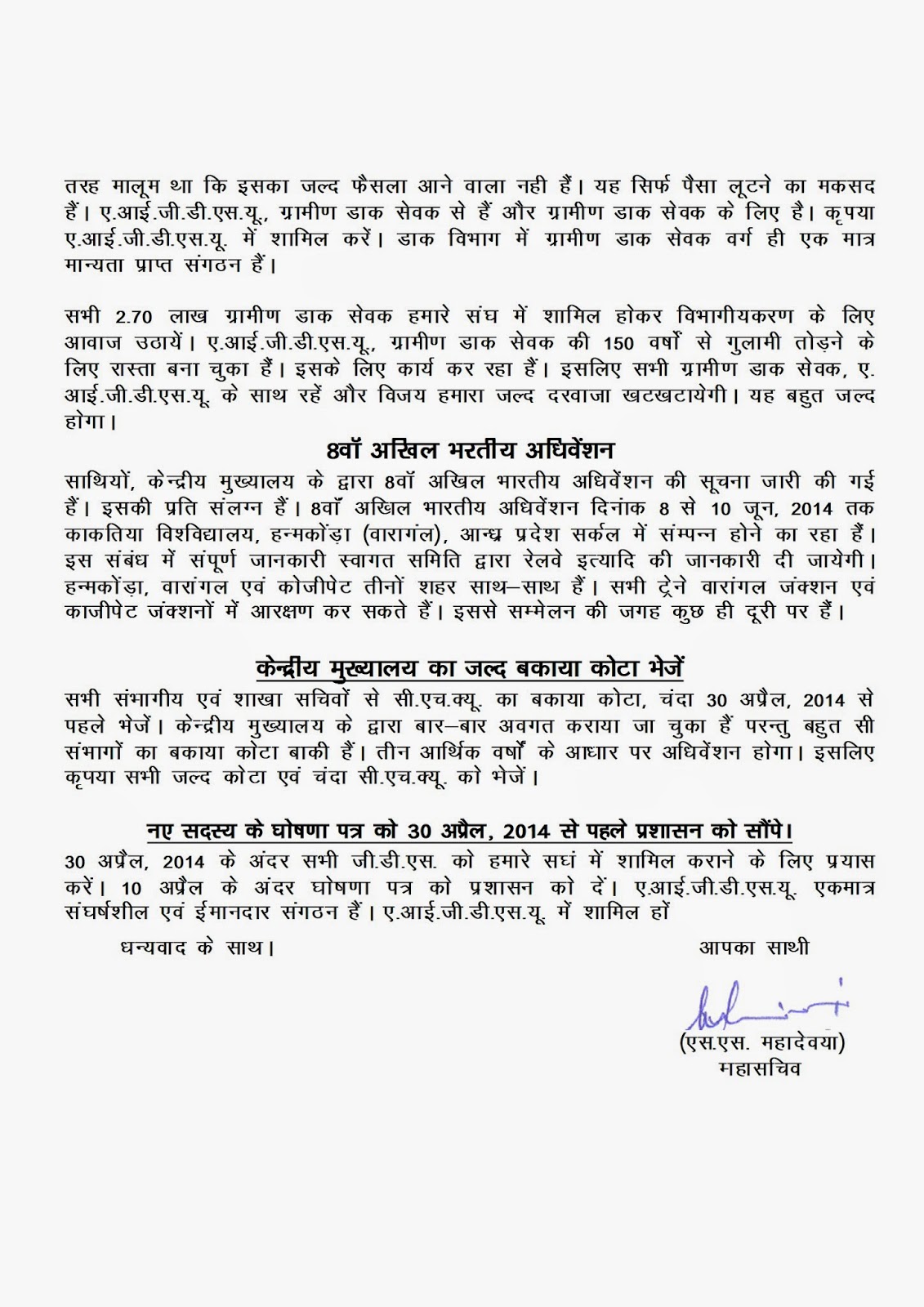 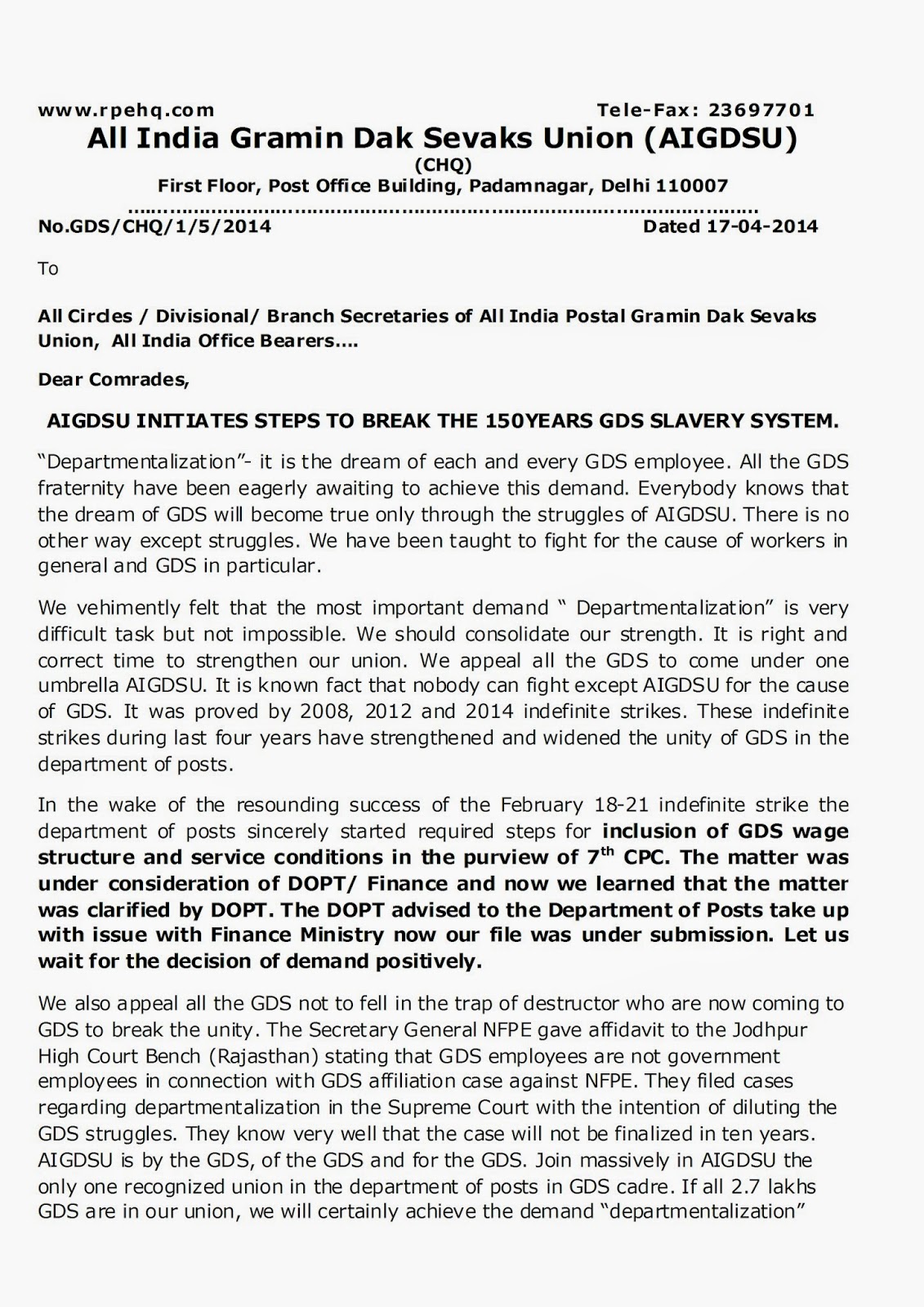 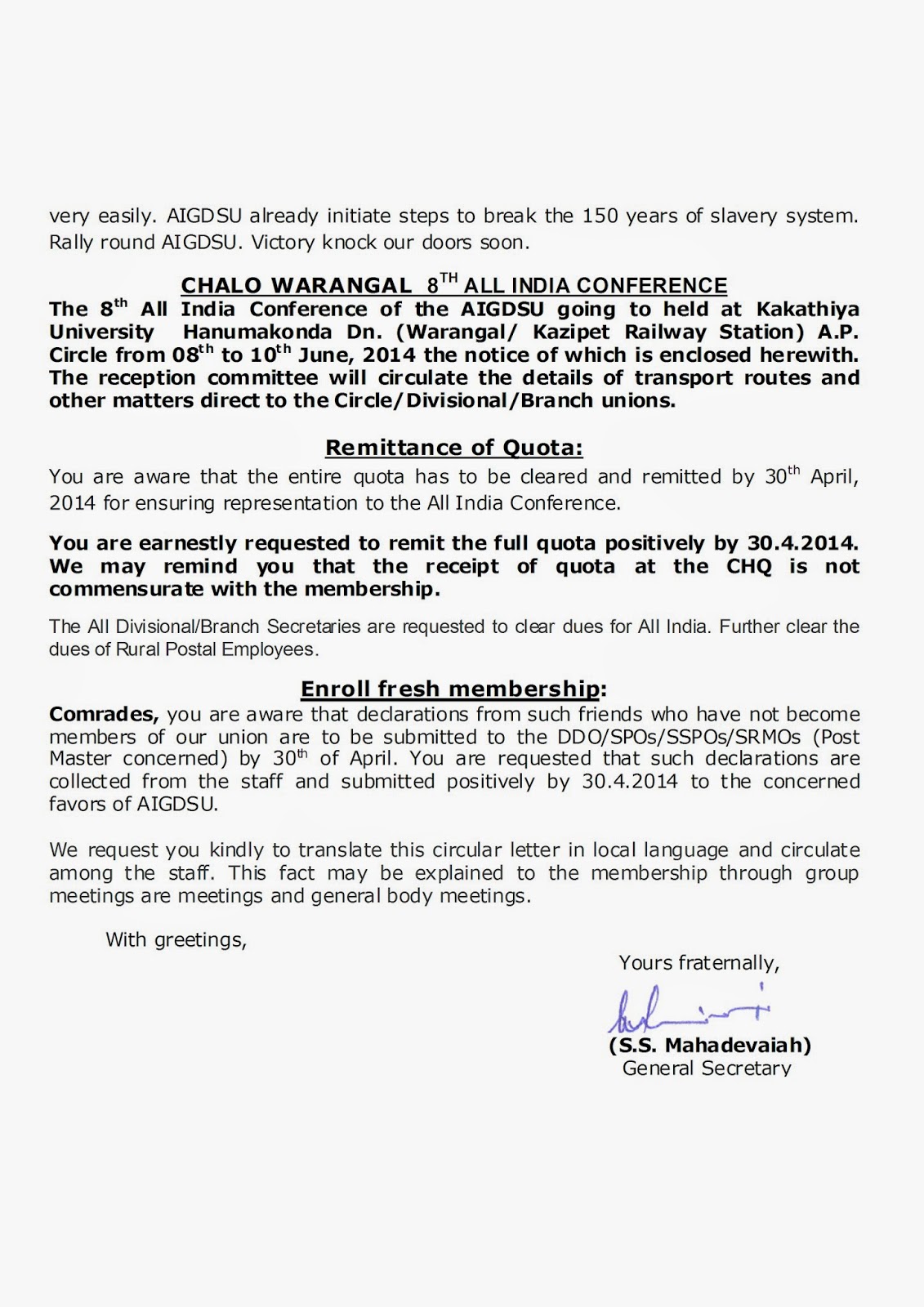 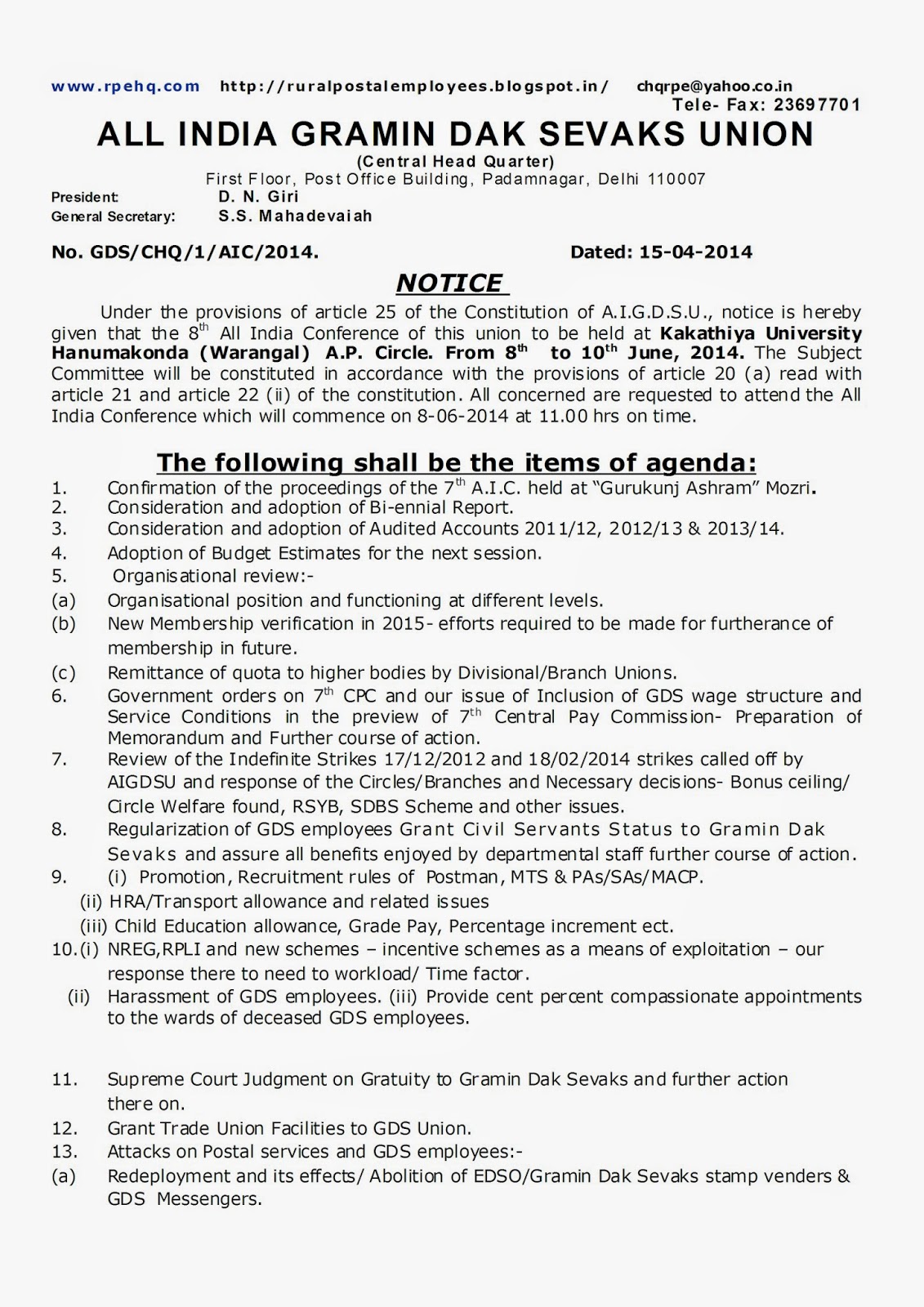 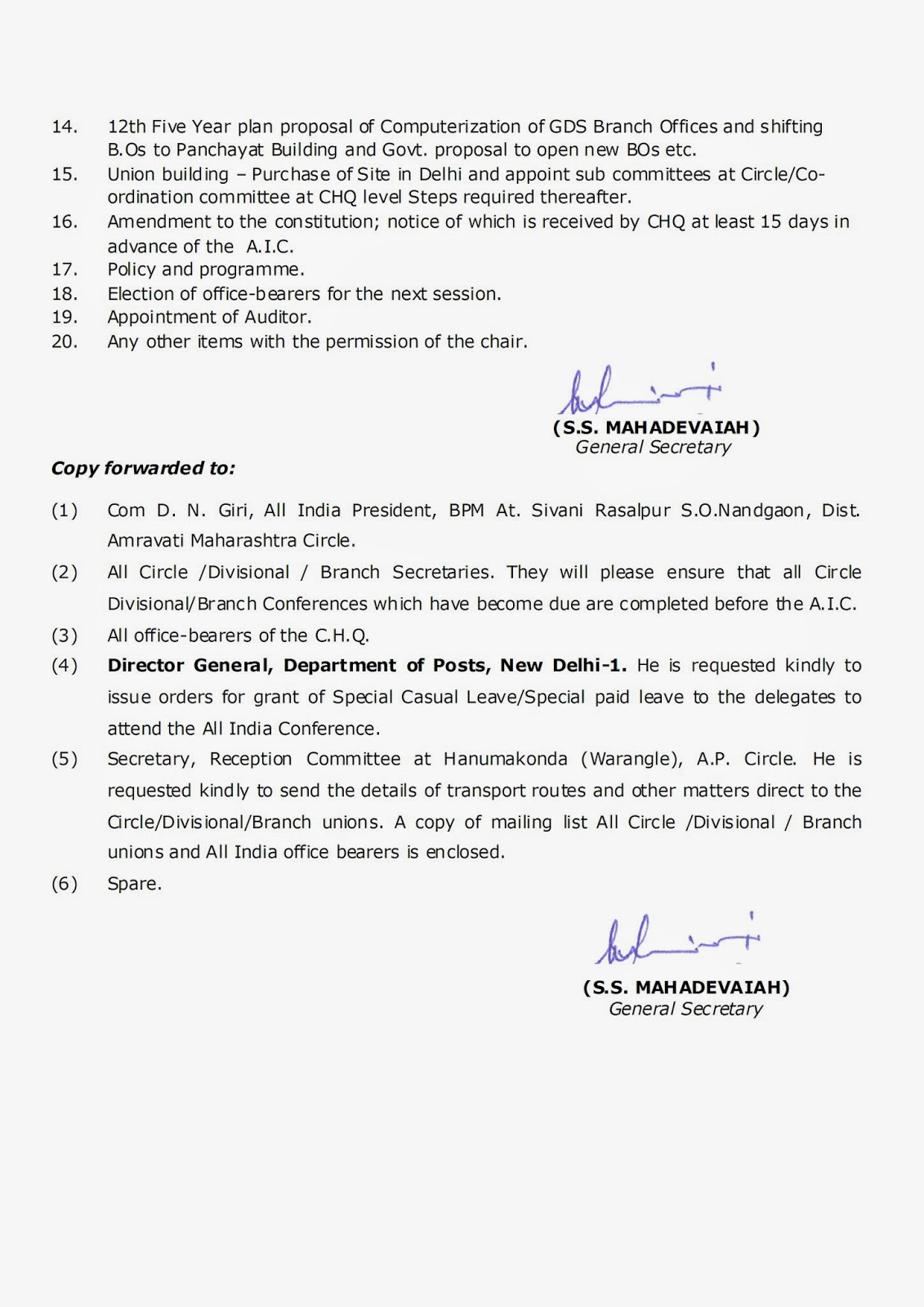 .ORDER
The Respondent is directed to pay the balance gratuity amount of  Rs. 53845/- with interest @10% per annum to Shri K.N. Ashwathnarayana Rao, Bangalore East, Dn. within 30 days from the order. 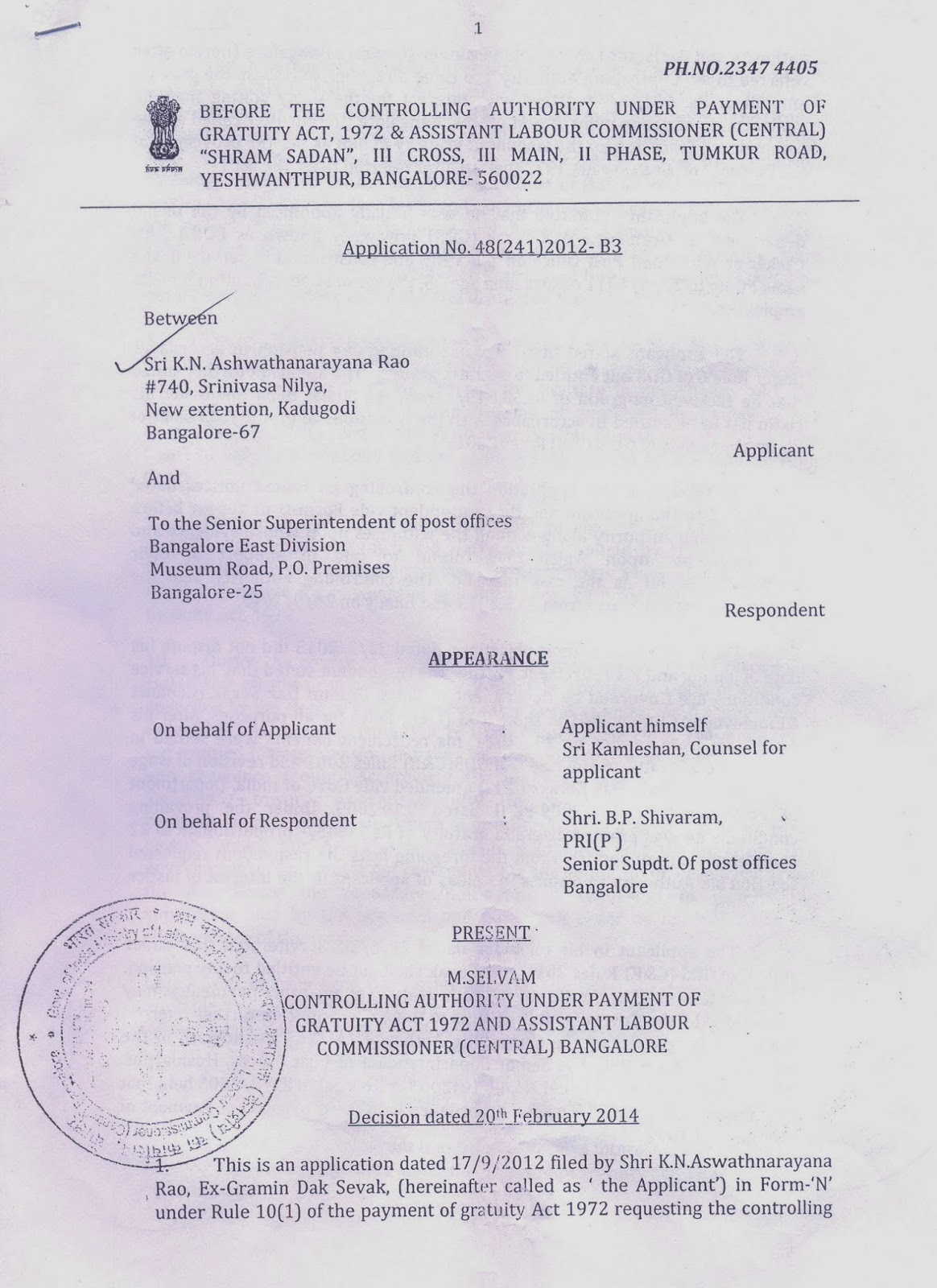 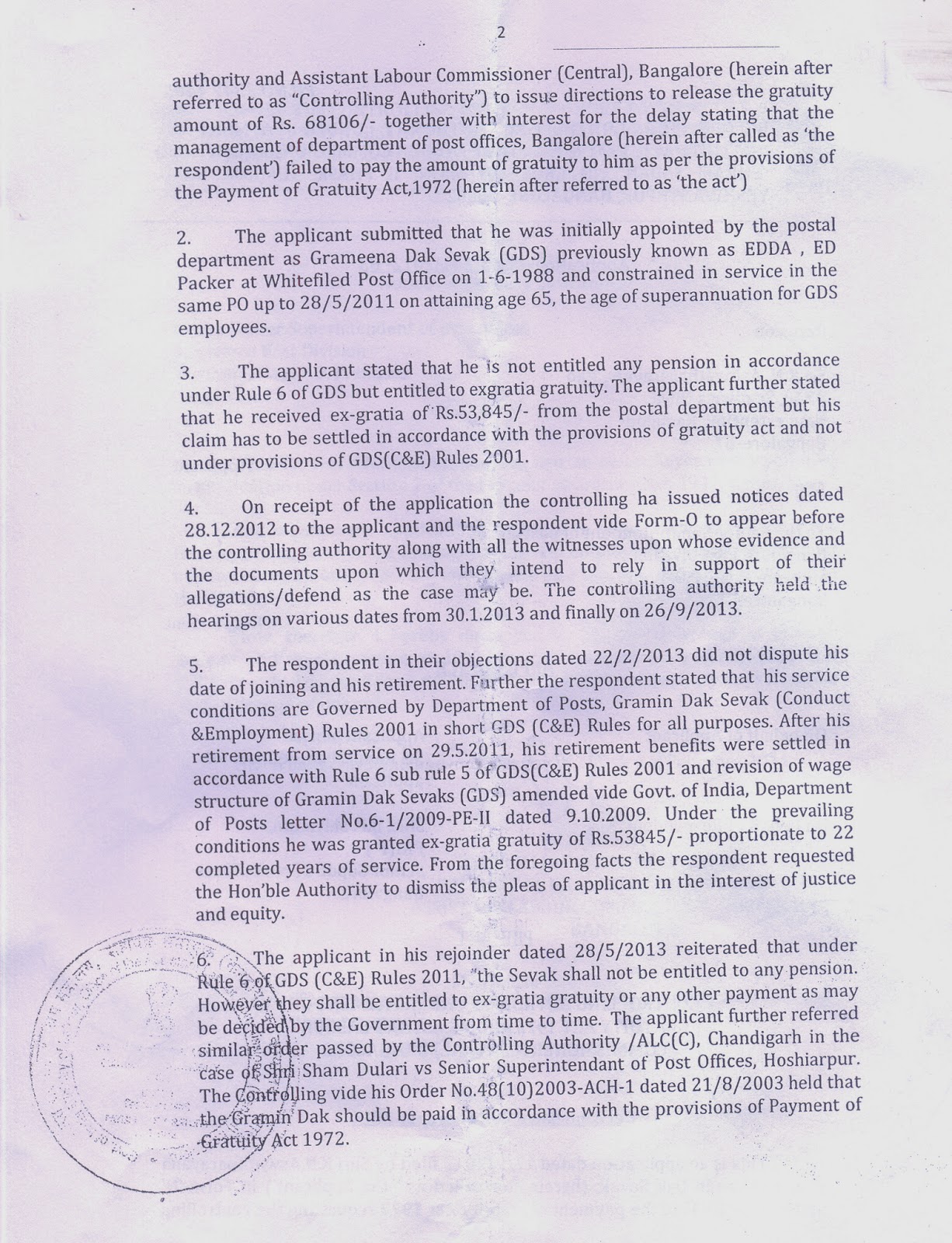 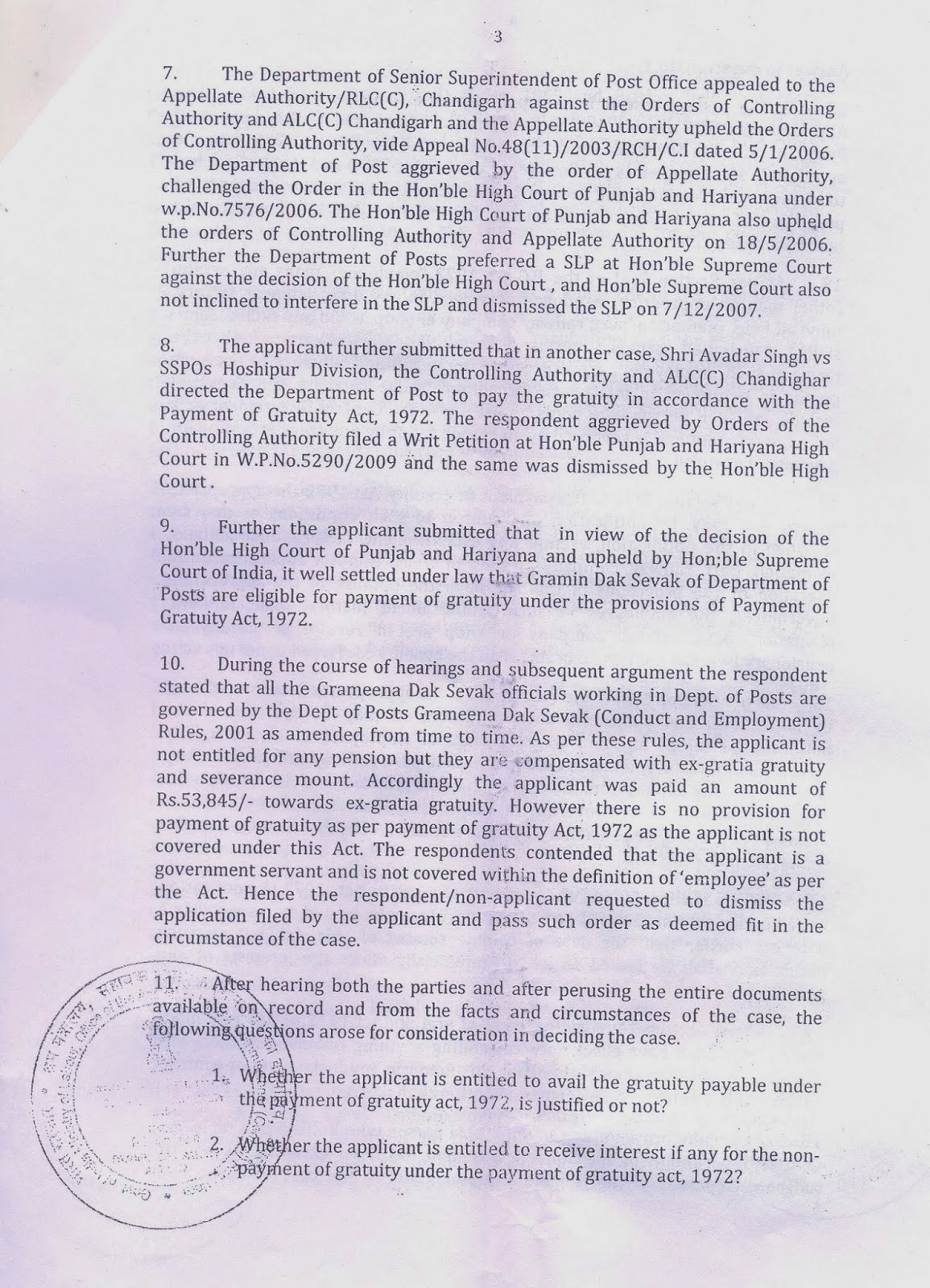 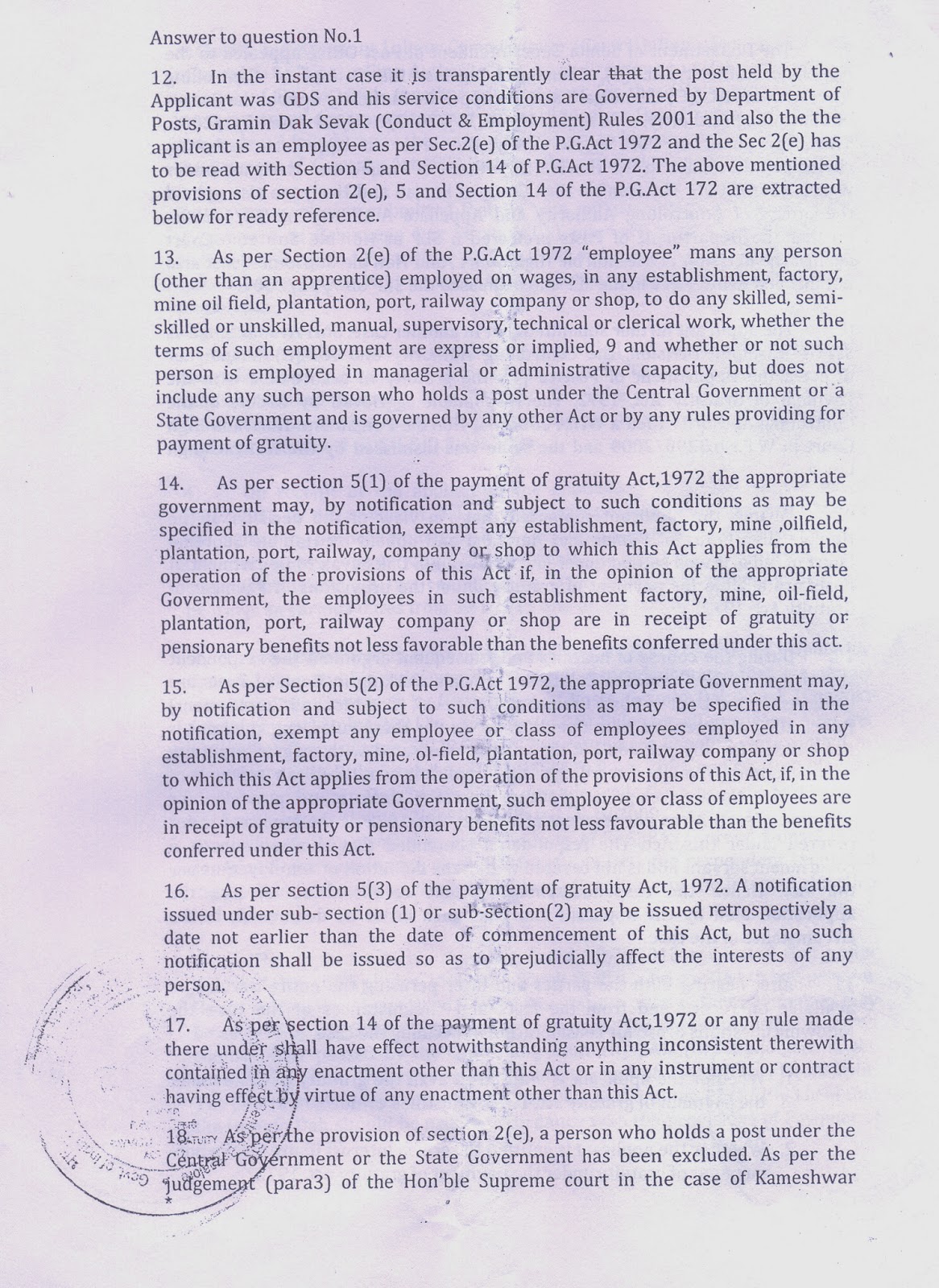 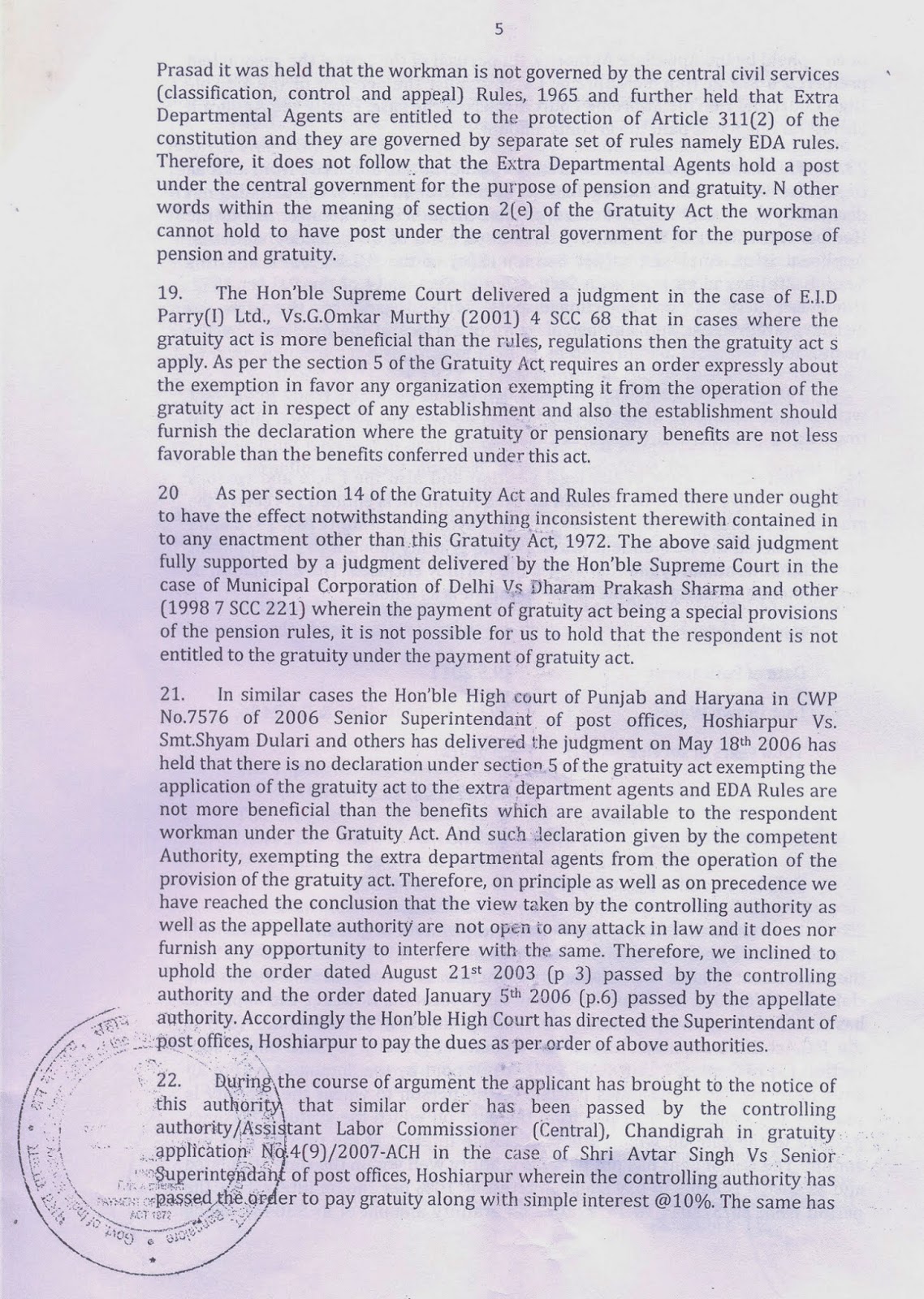 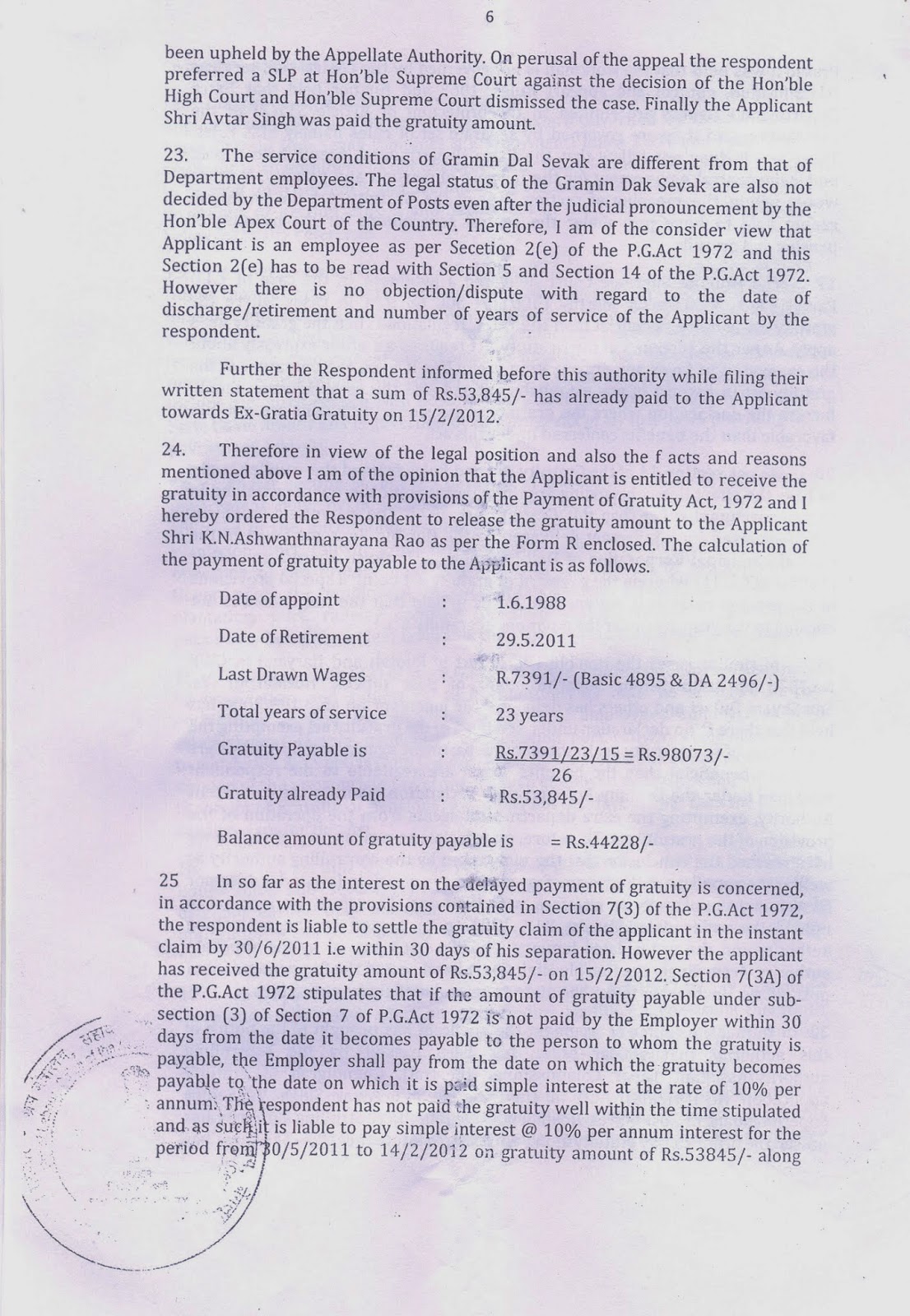 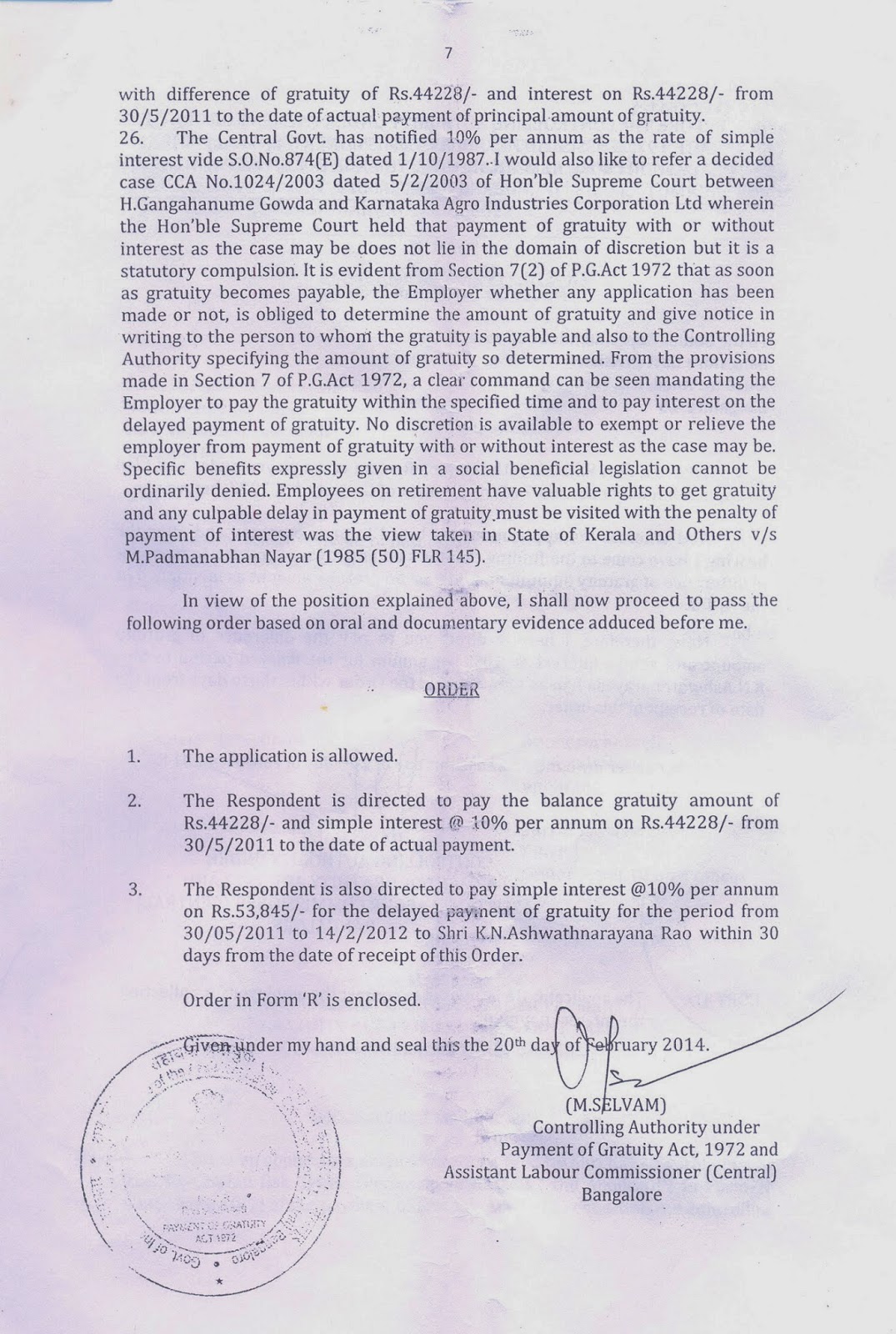 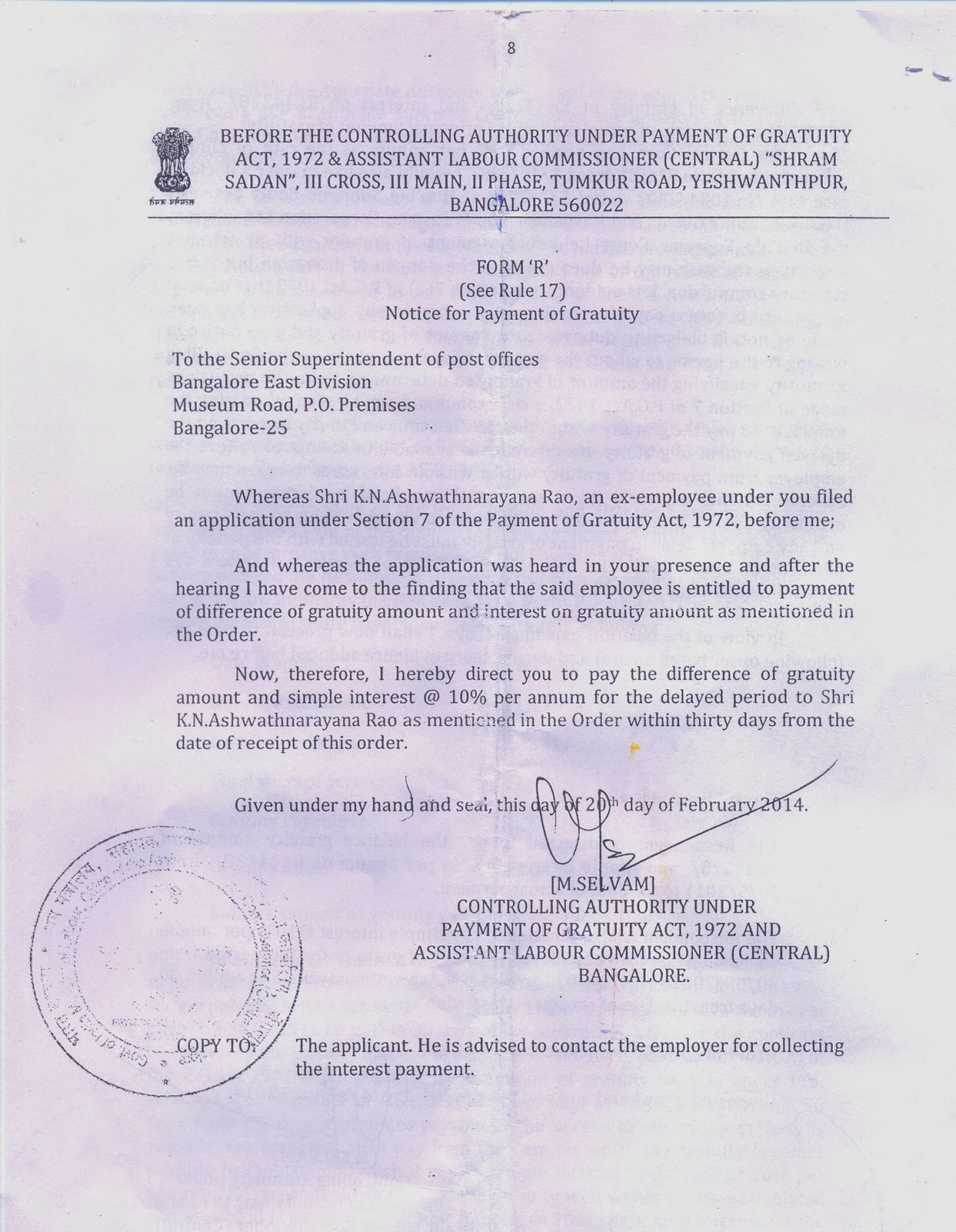