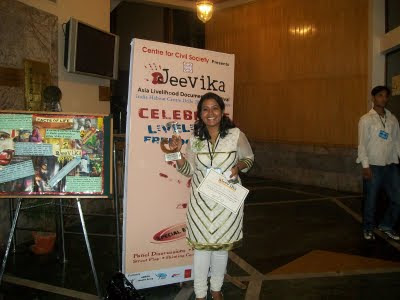 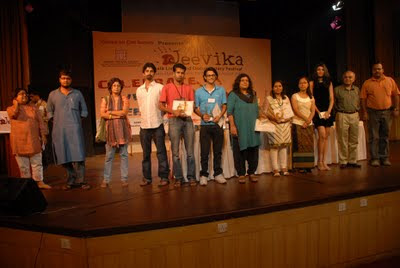 It is a film on the lives, difficulties and challenges of issues faced by GDS employees of the rural postal service. Although they are classified as government employees, they hardly receive the benefits a government employee gets. It's a film that shows the hardships of their job, and the struggle for a better life. 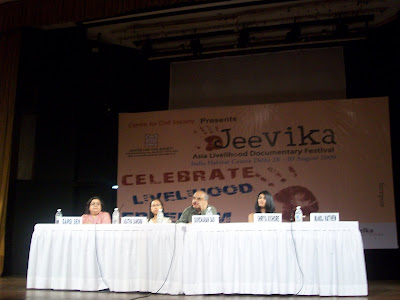 Jeevika since 2003, aims at capturing the livelihood challenges faced by the rural and the urban poor and bringing it to the attention of the public, media, judiciary, and most importantly, policy makers.

This competitive festival is the first of its kind in Asia. Over the years, Jeevika has been successful in advocating for the cause of numerous small entrepreneurs, self employed, rickshaw pullers, street vendors, sex-workers, child labourers, farmers and forest dwellers.
Objectives

1. Document the livelihood challenges of the rural and urban poor across Asia.
2. Identify and bring to light policies and social, religious and cultural practices which prevent people from earning an honest living.
3. Advocate with the policy makers for changes in policies and with social leaders for changes in practices that can have far-reaching impacts on the lives of the poor.

Therefore the Centre promotes public policy measures to clear the path for free enterprise and through research, advocacy and outreach activities shifts the terms of public debate in favor of removal of barriers for pursuit of an honest livelihood. 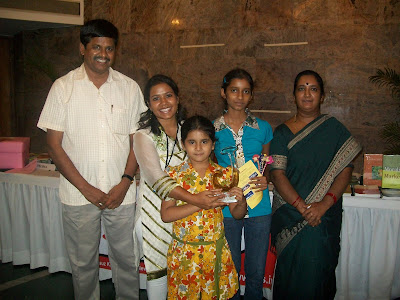 Ms.Deepika Bhardwaj with the family members of Sri. S.S. Mahadevaiah, General Secretary of AlPEDEU.
IN MEDIA/PRESS


The Postal services are provided by two sets of employees: (1) In urban areas by the full time Departmental Employees and (2) in rural areas by employees known as GRAMIN DAK SEVAKS (G.D.S.) who is put on duty for shorter period.

DO THE FOLLOWONG FACTS SURPRISE YOU?

The origin of the Extra Departmental Postal System to serve the rural areas of the country can be traced to 1866-67. Record also shows that these 'Miscellaneous Agents' of Postal service were also called "Extraneous Departmental Agents". And now although the nomenclature of these employees stands altered to 'Gramin Dak Sevaks'; their work, shockingly, continues to extend to the city areas as well!!

While the Pay and allowances and other benefits of other Central Government employees have already been revised, upwards, the same in respect of the G.D.S. employees is still to be done and there is a more to reverse the benefits already available!

GDS and their working conditions are governed by GDS (Conduct & Employment) Rules 2001. The GDS (Conduct & Employment) Rules are non-statutory. Such being the case they cannot simultaneously be governed by a different set of provisions under Industrial Disputes Act. This anomalous position has created administrative problems in administrating the ED System. As such it is necessary to make suitable amendment in the Industrial Disputes Act.

Service conditions of GDS are at a stark difference from the 'full time' departmental employees in urban areas! Why this discrimination is a question that clearly demands a convincing answer! Quite shockingly, they enjoy no pension; no constitutional gratuity; no leave similar to departmental employees and no allowances except the dearness allowance.

The Hon'ble Supreme Court has held them to be holders of Civil Post i.e. Civil Servants. However, Gramin Dak Sevaks are not governed by Central Civil Service (CCS) (Conduct) Rules 1964, CCS (Pension) Rules 1972, FRs & SRs, Central Civil Service (Recognition Service Association) Rules 1993, which apply only to the regular Government Servants. The Gramin Dak Sevaks are governed by separate set of rules. Thus GDS and Regular Employees of the Government belong to two distinct and separate groups. There is no parity in terms and conditions of employment between the regular Government employees and the Gramin Dak Sevaks!